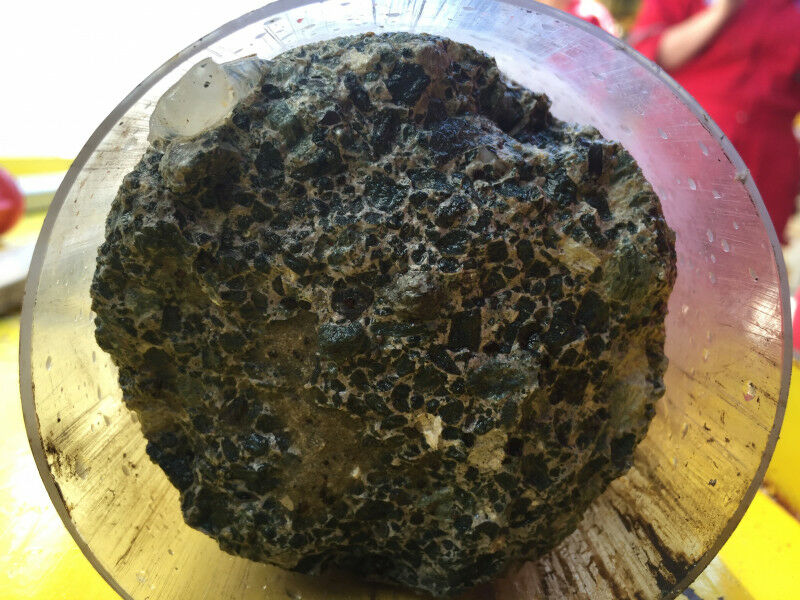 VUB professor Steven Goderis and his team have published unique evidence linking the extinction of dinosaurs to the impact of an asteroid 66 million years ago. For the first time, the scientists found evidence of dust remnants from an asteroid in the Chicxulub impact crater itself in Mexico. With this discovery, not only can the global end of the dinosaurs be attributed with greater certainty to this impact, it can also ascertain how quickly the process occurred. In just 20 years, the dust released by the impact had already settled back down on Earth. This probably allowed new species of flora and fauna to recover faster after mass extinction than previously thought.

An international team of researchers led by scientists from the Vrije Universiteit Brussel has traced the global asteroid dust layer to within the Chicxulub impact crater in Mexico. “We have finally come full circle,’ says Steven Goderis, a lecturer in geochemistry at VUB and lead author of the study. The amount of iridium found indicates that this must have been the epicentre of the space dust found around the world. Iridium is a silvery-white metal that is not very common on Earth, but was present in significant quantities in the meteorite.

In May 2016, drilling was done at the centre of the Chicxulub crater. Approximately 835 metres of rock was brought to the surface, which has provided a tremendous amount of new information about the impact and the period that followed. Based on an extensive geochemical analysis of the drill core, these high concentrations of iridium were found.

Goderis: “It is remarkable that we have found such high concentrations in the impact crater itself. In the first hours to months after impact, the crater was a very turbulent environment affected by tsunamis, oscillating waves and earthquakes. After circling in the atmosphere around the Earth for several years, the deposition of the iridium-rich dust released on impact may have lasted for several decades after the impact.’

The atmospheric precipitation of this asteroid dust thus imposes important time limits on the deposition of the crater rock just below this iridium layer. “This part of the crater returned to a relatively low-energy environment in a much shorter time than previously expected. The iridium layer reflects the timing of the recovery of life during the years to millennia after impact, indicating a very complex biological response to the rapidly changing environment at ‘ground zero’,’ says Sean Gulick, research professor at the University of Texas at Austin and co-principal scientist of the drilling expedition. This means that life returned much faster than expected.

The study was published in Science Advances.