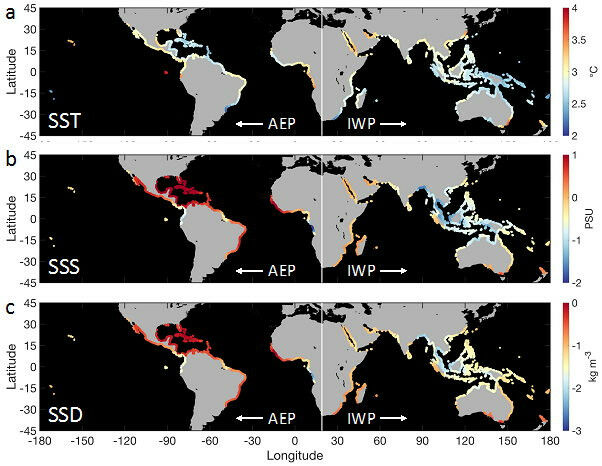 Global map showing the change in (a) sea surface temperature (SST), (b) salinity (SSS), and (c) density (SSD) across mangrove bioregions under RCP 8.5. Changes in SST and SSS are based on present-day (2000-2014) and future (2090-2100) marine fields from the Bio-ORACLE database, from which SSD data were derived. The vertical line (19° E) separates the two major mangrove bioregions: the Atlantic-East Pacific (AEP) and the Indo-West Pacific (IWP).

An international research led the VUB Biology Department examined 21 st century changes in ocean-surface temperature, salinity, and density, across mangrove forests worldwide. The study suggests that changes in surface-ocean density may impact the dispersal patterns of widely distributed mangroves species, and more likely so in the Indo-West Pacific region, the primary hotspot of mangrove diversity. The study is published in the renowned Nature Climate Change. 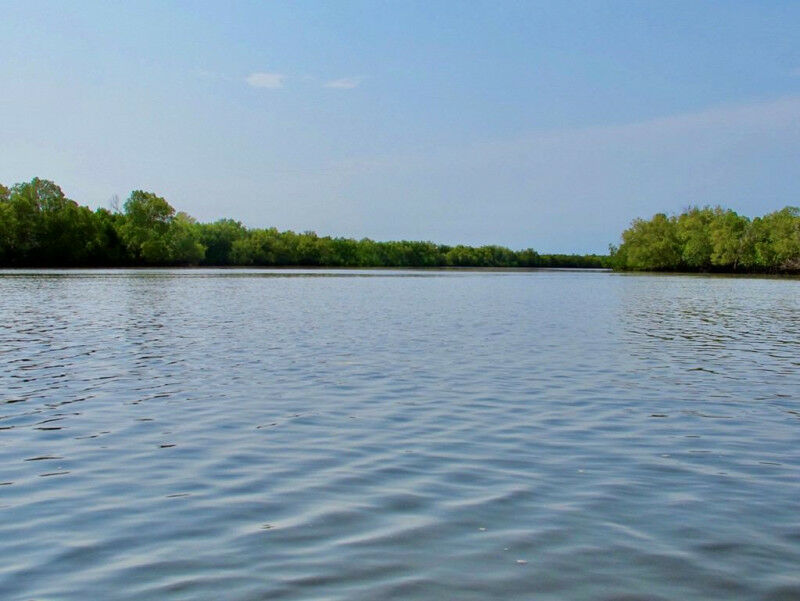 "Climate change affects sea-surface density via changes in temperature and salinity. Since propagules of widely distributed mangroves species have densities near that of seawater, changes in ocean density hold implications for oceanic dispersal of mangroves. Whether mangrove propagules float or sink depends on the difference between the densities of the propagules and that of the surrounding water." says Tom Van der Stocken, Marie Sklodowska-Curie Postdoctoral Scholar at Vrije Universiteit Brussel, and research affiliate at the NASA Jet Propulsion Laboratory.

"It is expected that warming winter temperatures and sea level rise will impact the distribution of these carbon-rich forests, but changes in surface-ocean properties might also influence distributional patterns through dispersal."

Mangroves are highly productive intertidal forests that occur along tropical, subtropical, and some temperate coasts. They support a broad variety of ecosystem goods and services and have an important place on the international climate mitigation and adaptation agenda. However, at the same time, these intertidal forests are strongly impacted by human activities and subjected to climate-driven changes in the marine, terrestrial and atmospheric processes to which they are tightly linked. While previous studies have focused on the potential impact of sea-level rise, altered precipitation regimes, and increasing temperature and storm frequency on mangrove ecosystems, the potential effects of climate-driven changes in seawater properties had not been considered. 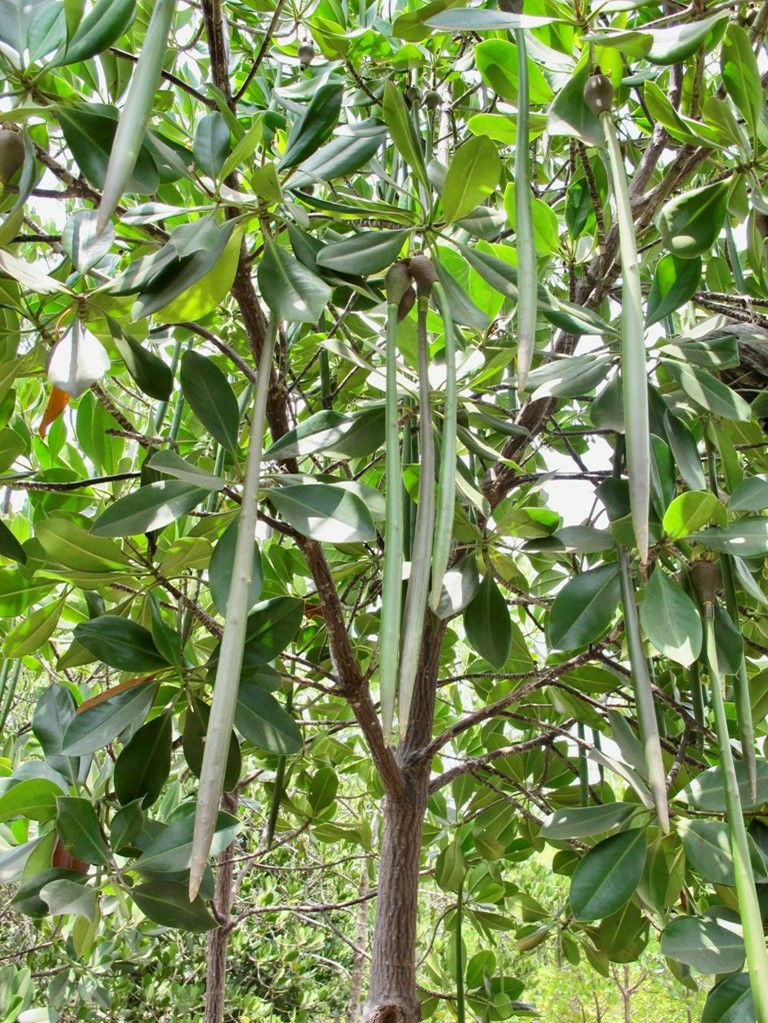 Propagules of the mangrove species Rhizophora mucronata, a species which is very widespread in the Indo-West Pacific, possess near-seawater densities. Mangrove propagules are transported by riverine, tidal, coastal and open-ocean currents and their float-and-sink dynamics rely on the difference in density between that of the propagules and the surrounding waters. © Tom Van der Stocken.

Van der Stocken: "This is surprising, as the ocean is the primary dispersal medium of this ’sea-faring’ coastal vegetation and dispersal is a key process that governs a species’ response to climate change by changing its geographical range."

The paper, " Mangrove dispersal disrupted by projected changes in global seawater density ", is co-authored by VUB professors Bram Vanschoenwinkel and Nico Koedam, and in collaboration with the Moss Landing Marine Laboratories (MLML) and the University of California, Los Angeles (UCLA). The team made use of present and future sea-surface temperature and salinity data from the Bio-ORACLE database developed at Ghent University, and derived sea-surface density estimates from these data using the UNESCO EOS-80 equation of state polynomial for seawater.

"Our study provides evidence that the density of surface-ocean waters along mangrove forests will decrease by the end of the 21st century, and a factor of two larger in the Indo-West Pacific region than in the Atlantic East Pacific," says Koedam.

"It is important to note that our study uses present and future environmental conditions based on monthly averages and that the actual variability in sea-surface density around these mean values could be higher than that predicted in this study," adds Vanschoenwinkel.

Van der Stocken: "There is still uncertainty on exactly how the projected changes in seawater density will impact realized mangrove dispersal in different parts of the world and more research is needed regarding the biological response of mangroves to climate-driven changes in surface-water properties. In this study, we took advantage of marine data layers to fill this gap, and we hope that our study will help to inspire new research that will quantify the effects of changes in the properties of the ocean surface on propagule floating periods, dispersal, and connectivity." 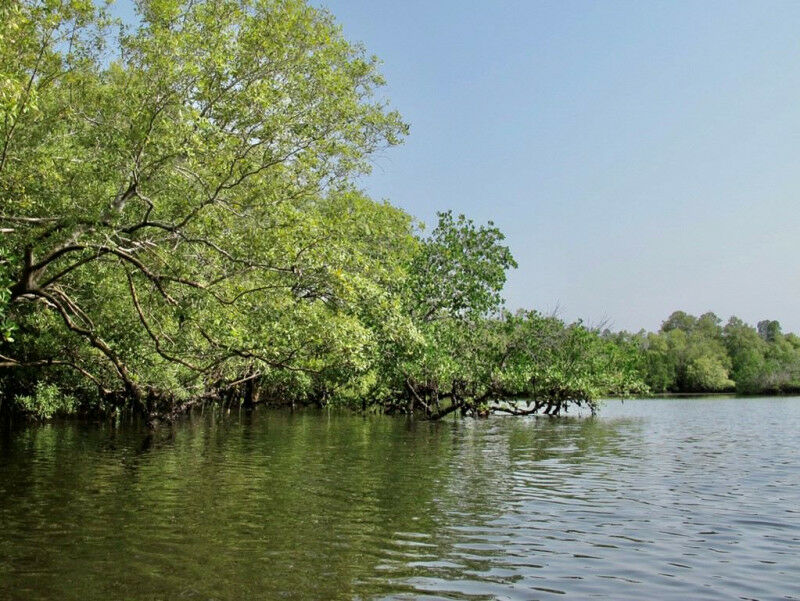 Mangroves thrive along coastlines of tropical, subtropical and some warm-temperate regions, and are inundated regularly by tides. © Tom Van der Stocken.