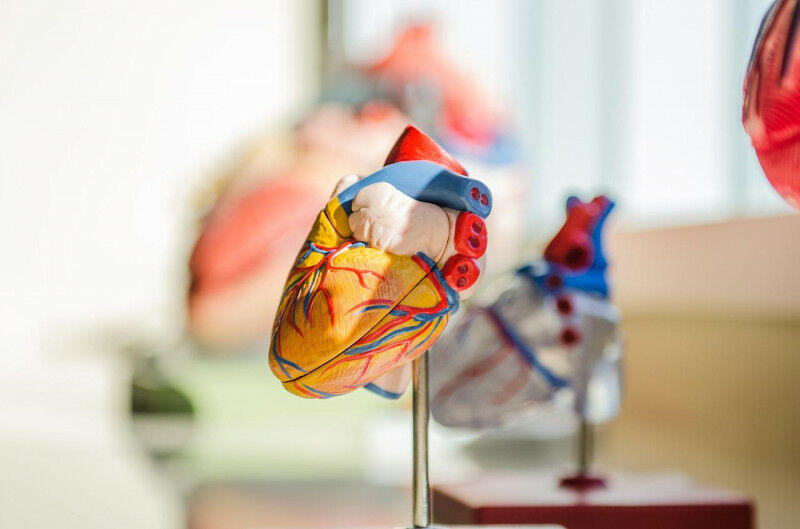 Led by Cédric Blanpain - Stem Cell and Cancer Laboratory - researchers identify the mechanisms by which Mesp1 controls the specification and differentiation of early cardiac progeny. They allow the reconstruction of the gene regulatory network that governs cardiac development. This understanding is important for developing new therapeutic strategies.

The heart is the first organ formed during embryonic development. It is derived from different populations of cardiac progenitors, expressing Mesp1, which represent the pieces of the puzzle that form the basis of the heart. These cardiac progenitors are specified during the earliest stages of embryonic development; Mesp1 is a transcription factor that acts as a conductor in their specification and cardiac differentiation.

In a new study published in the journal Nature Cell Biology, researchers led by Prof. Cédric Blanpain, WELBIO investigator and director of the Laboratory of Stem Cells and Cancer, Faculty of Medicine, Free University of Brussels (ULB), and Dr. Fabienne Lescroart, Inserm Unit Centre for Medical Genetics, Aix-Marseille University, have defined the mechanisms by which Mesp1 was able to bind to the cell membrane of the cell. Fabienne Lescroart, from the Inserm unit Centre de génétique médicale de Marseille at Aix-Marseille University, defined the mechanisms by which Mesp1 was able to bind toDNA and induce the reorganization of key regions of the genome, allowing the regulation of the expression of genes important in the specification and differentiation of cardiac progenitors. This study has thus allowed the reconstruction of the gene regulatory network that governs cardiac development.

"Understanding the molecular characteristics and mechanisms associated with the early specification of cardiac progenitors to different cardiac cell types will be important in the future to develop new therapeutic strategies. We could thus instruct a cardiac progenitor to adopt a defined cardiac or vascular destiny that could be used for cell therapy purposes for cardiac diseases," commented Prof. Cédric Blanpain, the lead author of this study.


Xionghui Lin, Benjamin Swedlund - Laboratory of Stem Cells and Cancer, ULB - and their colleagues have discovered that Mesp1 binds to different regions of the genome at different times during the specification of cardiac progenitors. Mesp1 then directs a very specific expression of the genes required during the specification of the different cardiac progenitors, and sets up a very precise temporal and spatial regulation.

Xionghui Lin, Benjamin Swedlund, and colleagues also found that Zic2 and Zic3, two other transcription factors, act as partners of Mesp1 during cardiac development. In particular, they showed that Zic2 and Zic3 are expressed with Mesp1 in expression domains that define future cardiac regions and that they bind to regulatory regions of the genome common to those bound by Mesp1. Furthermore, in the absence of Zic2 and Zic3, Mesp1 no longer has the ability to bind to regulatory regions of the genome and activate the expression of genes required for cardiac development, demonstrating that Mesp1 is a key component of the heart.This demonstrates the essential role of Zic2 and Zic3 as cofactors in the specification and differentiation of early cardiac progenitors.

"Our results could also help to better understand congenital cardiomyopathies since both MESP1 and ZIC3 are associated with certain forms of congenital heart disease. It is clear that these genes are involved in very early stages of cardiac development and are required for a harmonious development of the heart and thatA defect at these critical stages can lead to congenital heart defects," concludes Fabienne Lescroart, the other lead author of this study.

Discovery of a genetic factor that quadruples the risk of end-stage renal failure! - 16.08
€4.7 million for new research infrastructure at VUB - 31.05

Proteins from microbial fermentation get boost with The ProteInn Club - 24.06
Quick and Easy Biomonitoring in Living Tissue - 14.06
This site uses cookies and analysis tools to improve the usability of the site. More information. |