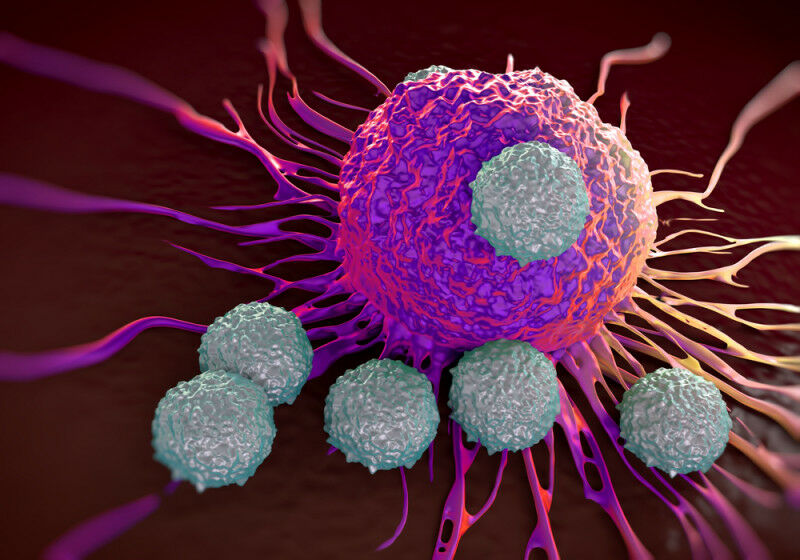 Gamma delta (γδ) T cells are immune system cells that possess several characteristics that make them attractive cellular targets for cancer immunotherapy. A team of researchers sought to better understand the development of these T cells in humans.

Gamma delta (γδ) T cells are of increasing interest as target cells for cancer immunotherapy. How these cells are made in humans is unclear. Indeed, because human gamma delta (γδ) T cells and their counterparts in animal models are considered to be very different, translating the results of gamma delta (γδ) T cell biology from these models to humans is complicated. Here, using state-of-the-art single-cell technologies, the team of David Vermijlen - Institute for Medical Immunology (IMI), Faculty of Medicine and WELBIO researcher - , identifies the developmental pathways of these cells and how they already obtain anti-cancer properties during their development. This knowledge may lead to strategies targeting these cells to improve their anti-cancer properties.

Gamma delta (γδ) T cells are immune system cells that possess several characteristics that make them attractive cellular targets for cancer immunotherapy. In addition, they are also thought to play an important role early in life, for example in the fetus. Scientists sought to better understand the development of these T cells in humans. The researchers started with the thymus, the T-cell generating organ, at several developmental ages to obtain single-cell gamma delta (γδ) T cells (thymocytes). They then applied state-of-the-art technologies that yielded a range of molecular information about each unique gamma delta (γδ) T cell. The bioinformatics analysis of a large amount of data led to the identification of the developmental pathways of human gamma delta (γδ) T cells. For example, they revealed the programming of known recognition receptor mediators that have known anticancer properties.

"The human fetal thymus was found to produce a set of gamma delta (γδ) T cells each with a specific programmed function, providing the fetus with a "Swiss army knife" with functions that can be readily used according to the rapid needs of the developing fetus, including response to infections or physiological function during growth in utero," David Vermijlen concludes.

Their work was published in Nature Communications.

Possible new treatment method for metastatic prostate cancer - 11.10
VUB and UHasselt start major research into treatment of mental and physical pain after breast cancer - 10.10
This site uses cookies and analysis tools to improve the usability of the site. More information. |